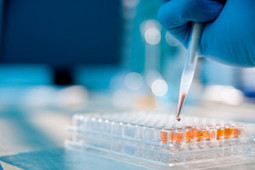 Personalized medicine, or the ability for the medical profession to tailor therapy to particular individuals’ genetic characteristics, has been a long desired but ever elusive goal for the life sciences.  However, the prospects for personalized medicine appear to be improving in recent years.  These changes come in the wake of a variety of medical advances, including human genomic testing and cancer drugs targeted for individuals with specific genetic profiles.

As public attention to understanding the human genome has increased, the topic has garnered substantial controversy and regulation in this sector is poised to increase.  The Food and Drug Administration (FDA) has already indicated its intent to regulate—most recently in a report clarifying its future role in personalized medicine and in warning letters to direct-to-consumer genetic testing companies.

The FDA maintains it has the authority to regulate personal genetic data because it defines that data as a medical device under Section 201(h) of the Food Drug & Cosmetics Act.  The agency also points to its role as the federal body charged with providing guidance on medical device claims and protecting consumers.

Some health scholars and consumers have weighed in on the propriety of regulation.  In a study of consumer attitudes toward regulating direct-to-consumer genetic testing, researchers found many consumers wanted unfettered access to genetics testing services without government regulation, but favored oversight to ensure that the information provided was high quality.