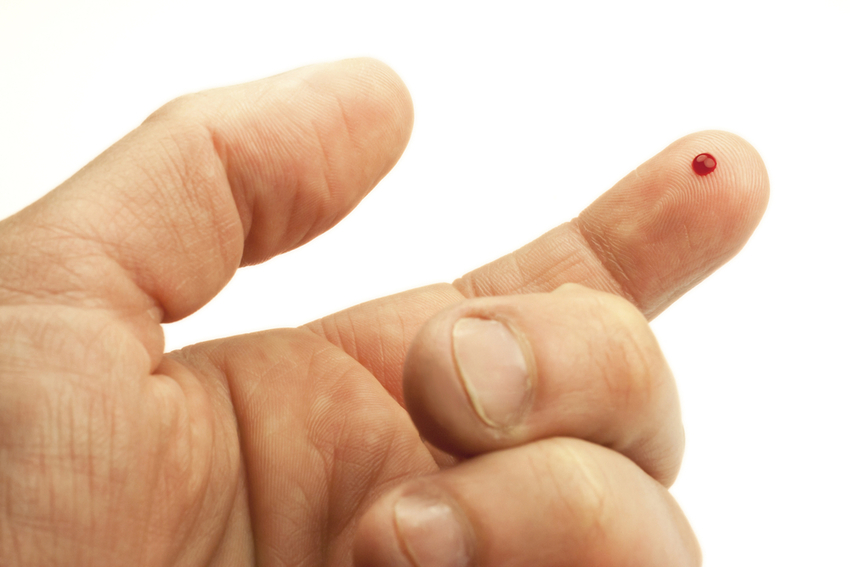 With a drop of blood, a new technology called VirScan can identify all of the viruses that a person has been exposed to over the course of their life.

Viral infections come and go countless times over our lives. Some, like mononucleosis, might knock you flat for weeks, while others never produce any symptoms at all. And some may impact your immune system in subtle ways for years after the infection.

Soon, it could be possible to get a full history of every viral infection you’ve ever had, using just a drop of blood. Researchers have developed a blood test that detects the remnants of more than 1,000 strains of 206 virus species. The test could someday help doctors diagnose current ailments and reveal more about how viruses impact our long-term health.

Currently, if doctors think you might have a viral infection, they test your blood for antibodies to that virus. Today’s blood tests can only test for a single virus at a time, and doctors have to know which virus they’re looking for, so they can look for a specific set of antibodies.

Now, researchers at the Howard Hughes Medical Institute say that their new technique, which they’ve dubbed VirScan, will allow doctors to scan a patient’s blood for antibodies to every known human virus at the same time. “This means that you can look at viral exposures in an unbiased way without having to suspect a particular infection ahead of time,” researcher Tomasz Kula told Discover. “Our approach could be useful for patients with undiagnosed diseases where it is unclear which viruses to test for.”

To build VirScan, lead author George J. Xu and his team essentially created a library of mock viruses. They used a common bacteria-eating virus called a bacteriophage as their starting material. Then they added DNA for external proteins called peptides to make the viruses look, to the immune system, like one of over 1,000 different human viruses.

When the researchers put the mock viruses into a drop of blood, the antibodies in that person’s blood would bind to the peptide of whichever virus he or she had previously been exposed to, either through infection or vaccination.

In addition to diagnostics, VirScan could also help researchers understand the connection between viral infection and diseases, such as type 1 diabetes, asthma, and irritable bowel syndrome. The causes of these ailments aren’t completely understood but researchers believe they are linked to past infections. “We can look comprehensively for viral exposures that correlate with these kinds of diseases in a way that would be infeasible if you had to test for each virus separately,” said Kula. “We hope that VirScan can be used to generate new hypotheses about what role specific viral infections may play in complex diseases.”

Sourced through Scoop.it from: blogs.discovermagazine.com