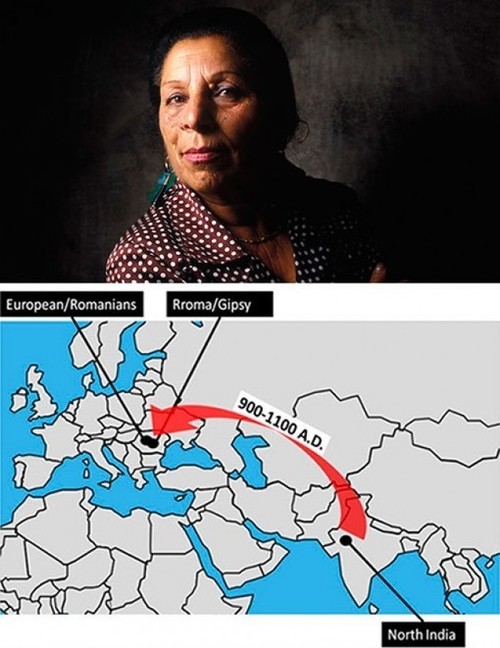 There have been multiple plagues throughout history around the world, but none have been so deadly as the Black Death, which killed an estimated one in every four Europeans, and so exerted very strong selection. The Black Death didn’t just wipe out millions of Europeans during the 14th century. It left a mark on the human genome, favoring those who carried certain immune system genes, according to a new study. Those changes may help explain why Europeans respond differently from other people to some diseases and have different susceptibilities to autoimmune disorders.

Geneticists know that human populations evolve in the face of disease. Certain versions of our genes help us fight infections better than others, and people who carry those genes tend to have more children than those who don’t. So the beneficial genetic versions persist, while other versions tend to disappear as those carrying them die. This weeding-out of all but the best genes is called positive selection. But researchers have trouble pinpointing positively selected genes in humans, as many genes vary from one individual to the next.

Genetically, the Rroma gypsies in Romania are still quite similar to the northwestern Indians, even though they have lived side by side with the Romanians for a millennium, the team found. But there were 20 genes in the Rroma and the Romanians that had changes that were not seen in the Indians’ versions of those genes, Netea and his colleagues report online today in the Proceedings of the National Academy of Sciences. These genes “were positively selected for in the Romanians and in the gypsies but not in the Indians,” Netea explains. “It’s a very strong signal.”

Those genes included one for skin pigmentation, one involved in inflammation, and one associated with susceptibility to autoimmune diseases such as rheumatoid arthritis. But the ones Netea and Bertranpetit were most excited about were a cluster of three immune system genes found on chromosome 4. These genes code for toll-like receptors, proteins which latch on to harmful bacteria in the body and launch a defensive response. “We knew they must be important for host defense,” Netea says.

What events in history might have favored these versions of the genes in gypsies and Romanians, but not in Indians? Netea and his colleagues tested the ability of the toll-like receptors to react to Yersinia pestis, the bacterium that caused the Black Death. They found that the strength of the immune response varied depending on the exact sequence of the toll-like receptor genes.

Netea and Bertranpetit propose that the Rroma and European Romanians came to have the same versions of these immune system genes because of the evolutionary pressure exerted by Y. pestis. Other Europeans, whose ancestors also faced and survived the Black Death, carried similar changes in the toll-like receptor genes. But people from China and Africa—two other places the Black Death did not reach—did not have these changes. The similarities in the other genes were likely caused by other conditions experienced by Rroma and Europeans, but not Indians.